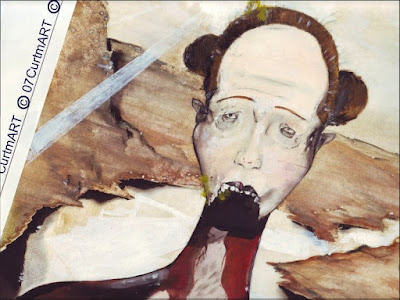 An early oil painting, with some pen - lines in black to start and other bits possibly, at least from what I can remember from that time, when I began to enjoy deeply expressing on surfaces.. I had done a few paintings at school in acrylics, these were my own with acquired Winsor'n Newtons and this is what I made from them.. it's intentionally ghastly! Although cathartic for me at the time I'm sure..~
posted by : curt No comments: Links to this post 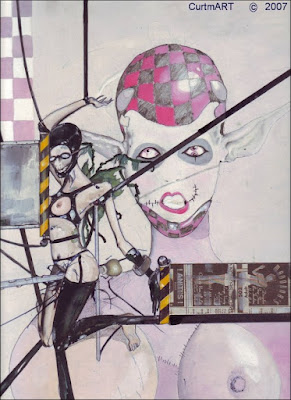 I hadn't decided on a name for this.. It is particularly old, done in 1999 sometime before the end of the year..

I know I was influenced by Brom, particularly with the portrayal of the female characters.. and the eye.. what does it mean, I'm not telling!
It's in the beholders eye.. I will be honest and admit that the subject matter is somewhat in poor taste and decidedly offensive.. I know that this was in part my overall aim.. in conveying pain, causing pain.. and perhaps in dealing with the effect of woman on me? So.. S&(amp;)M, that fits then..

Its silver pencil coming through, then I have some newspaper cut-outs as well as a commitment to oil covering all the other spaces.. this is not the whole piece, only what would fit into my scanner.. although it's worked out great I think.
Another cathartic memoir.. I'd like to think my expression is changing since then..
posted by : curt

This is a mixed media piece I did with Christmas cards in mind, believe that? It is realy quick character concept driven art. The background is spraypaint.. some blue ball pen, and oils, used very lightly.. I managed to scan it all in and put it together digitally so..
I did this must have been in around 2001 or so, November/December..


posted by : curt No comments: Another image for the show.. this is an old
drawing I coloured in and scanned, so it is not
a digital creation in any way..
posted by : curt Links to this post 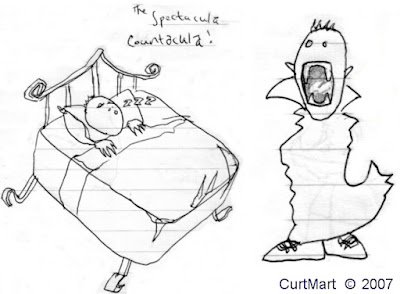 An idea I had for a small comic style concept.. Countacula..
The vampire count who wears tackis and is the size of a flea
and who lives in a broken tea pot on the edge of an old
mansions garden.. I have put this here to show an eg.
of a really rough sketch, its done quite small and as you can
see in a lined paper book.. I like the way the scan shows this
and I'm guessing it's more or less an exploit into my creative
process..!! He's also a vegetarian!! 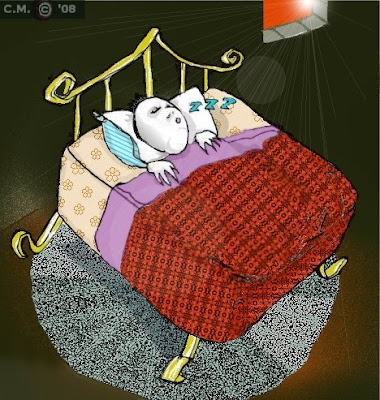 I finished one half of it in colour on paint shop. Just experimenting, thought I'd add it to this post. Dont like the black, and effects too much though. Learning!

Keep an eye out for the count! Later
posted by : curt Links to this post 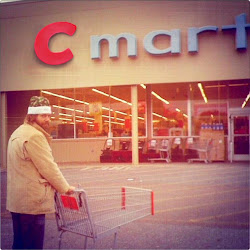